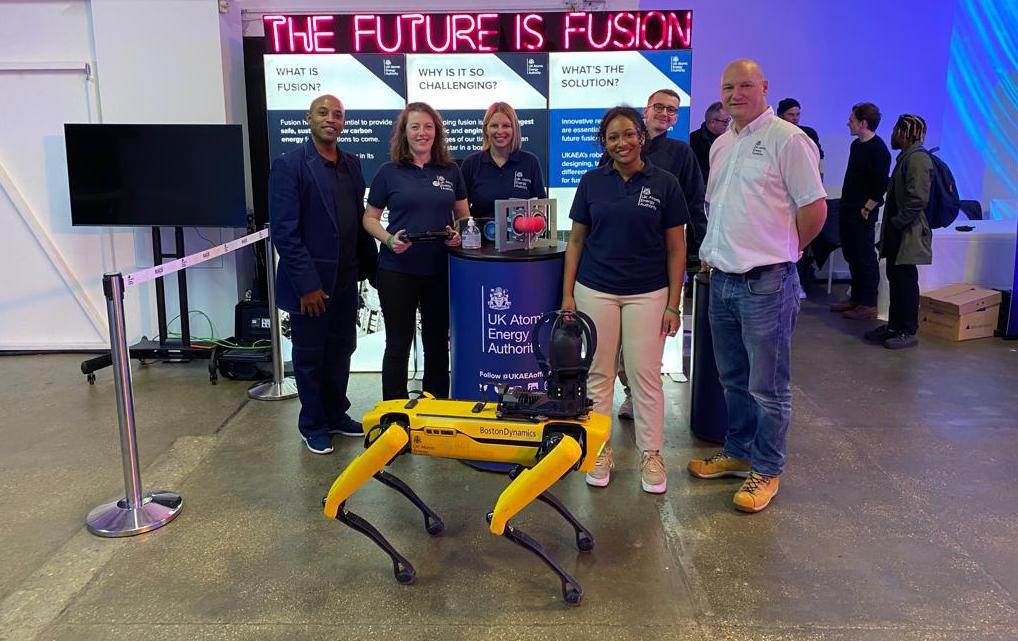 Further confirming suspicions that this technology could provide another effective method for Atomic energy absorption, utilisation and to improvements in efficiency.

Currently Fusion has been achieved using the Spherical Tokamak for Energy Production (STEP) and recently AI has been tested to improve the outcome.

New methods are needed to address further aspects of the project to achieve higher efficiency. Active Kinetic 1 technology will investigate a vital step in developing fusion tech, but could also be used in Robotics where energy consumption is a critical issue to improve.

In the above picture, The UK Atomic Energy Authority team along with Founder of Active Kinetic 1 (left) and the Boston Dynamics Robotic Dog a tool used by the team.

The UK Atomic Energy Authority team made various valuable suggestions regarding the abilities of Active Kinetic 1 to regenerate energy in robotics which requires further investigation.